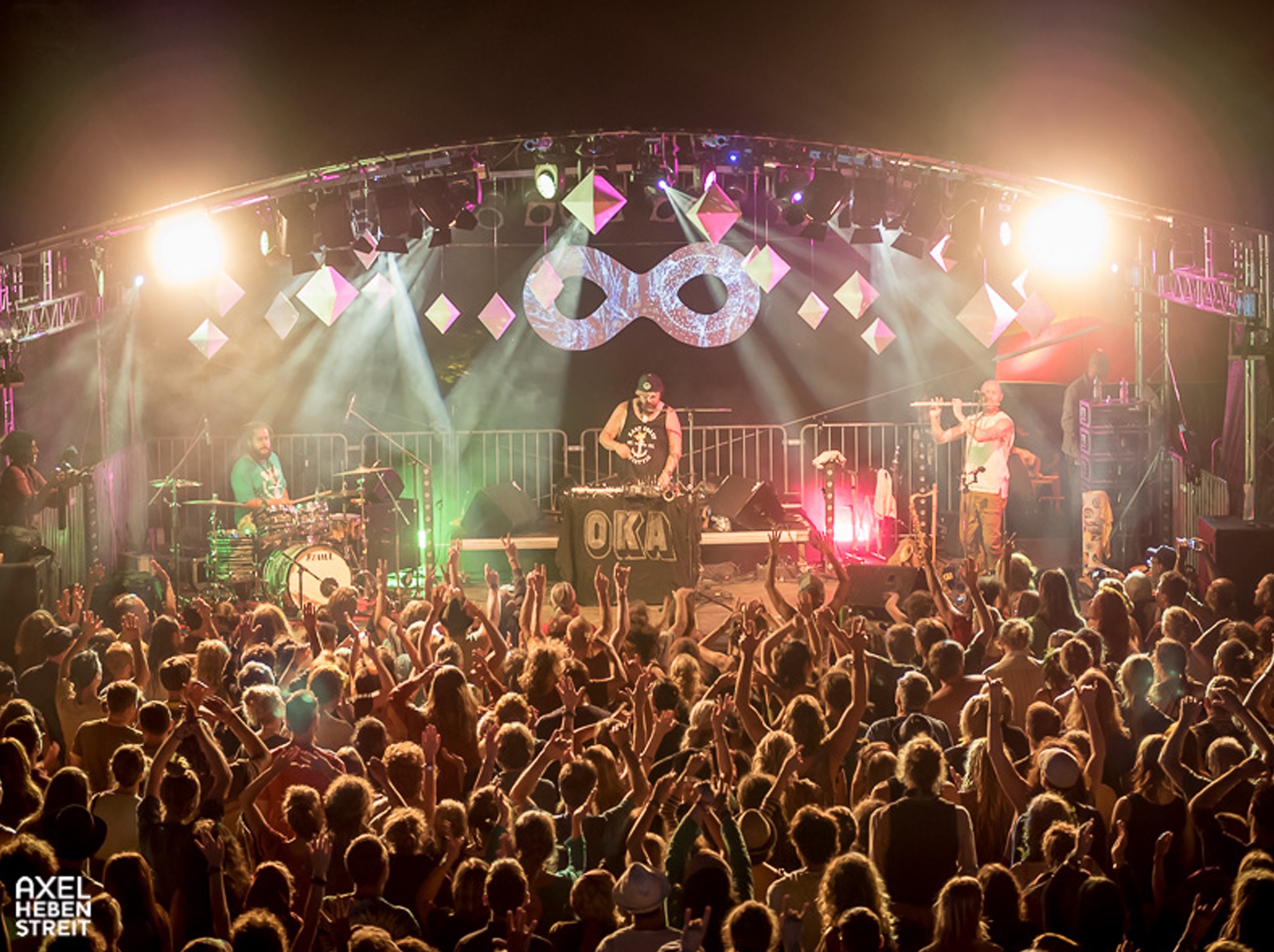 Embracing the future without losing sight of the past, OKA draws upon their indigenous connection to place and country to create their signature feel good Australian earth sound, an irresistible blend of influences spanning house, big beat, reggae-dub, Roots, Jazz and world music.
A mashup of dance & downtempo electro beats marinated in the mystical spirit of the Dreamtime.

After their involvement in the 2000 Sydney Olympics together, the OKA journey began the following year and they continue to bring the joy, fluidity and simplicity of their positive music to a much larger, growing audience on a global stage. Independently selling over 170,000 albums, they have shared the stage alongside inspirational acts Arrested Development, Finnley Quay, Xavier Rudd, Dehli to Dublin, Kinnie Starr, Digging Roots to name a few.

At the creative heart of the music is Stu Boga Fergie (aka DidgeriSTU) who connects you to earth with the deep subsonic pulse and resonance of his Yidaki (didgeridoo). He is the big man behind the electronic beats, keys & vocals inspired by his aboriginal heritage.
The OKA Collective includes captivating melody on guitar, sax, flute & woodwinds woven through organic juju beats of deep tribal fire.
A sound & force that touches the heart & connects the soul.


“ Ear to the ground, listen to our sound… a positive soul vibration” – DidgeriSTU